A Note from Brant

Startup Week began simply enough as an idea to shine a light on the nascent San Diego startup scene. Eric Otterson, then VP of Bus Dev at Cooley, spoke often about how to grow ecosystem. I came up with the idea to take a handful of EXISTING meetups and combine this into 5 days of activity surrounding San Diego Venture Group (SDVG)’s annual Venture Summit and VC Padres game. I told the idea to Eric, to see if he could SDVG on board and Phelan, who ran sdtechscene.org and March Mingle. I also pitched the idea to Melani Gordon and Austin Neudecker. We brought in many others including Jennifer Newell who ran Ignite San Diego, Tim Ryan who hosted a Startup Weekend Alumni party, June Clark, Adam Powers, Katie Rast of Fab Lab, Hughes Marino. There may have been a few more. Phelan, maybe you remember.
In addition to event mentioned above, Phelan hosted a tech mixer, June Clarke ran the startup crawl, I believe; mentor night; my SD Tech Founders did a demo night, Evo hosted a UX meetup I believe, and we tried to work something out with SDVG, but basically, they didn’t want to play us.
It was originally called SD Tech Week.
The mission of SD Startup week was to shine a light on San Diego’s Startup Scene. Ultimately, we wanted visiting VCs to see the startup scene, since they couldn’t seen much only through SDVG. Our ambition was to make in by startup entrepreneurs (not SMBs) for startup entrepreneurs.
Pretty humble beginnings. What the crew at Startup San Diego has done with it is incredible. Growth is off the charts.
https://startupsd.org/wp-content/uploads/2019/01/SSD-StartupSD-San-Diego-California-Entrepreneur-Business-Tech-Community-Events-2019-Organization-Logo-01-500x208.png 0 0 StartupSD https://startupsd.org/wp-content/uploads/2019/01/SSD-StartupSD-San-Diego-California-Entrepreneur-Business-Tech-Community-Events-2019-Organization-Logo-01-500x208.png StartupSD2017-04-07 15:39:292019-12-23 19:26:18From Humble Beginnings...

Connect with fellow entrepreneurs in the growing SD community.

Learn how to land your dream job! Hear from a panel of hiring managers from local San Diego companies and learn some industry tips and tricks which can help you nail your next big interview.[...]
View Calendar
Add
Save the Dates for STARTUP WEEK!!! 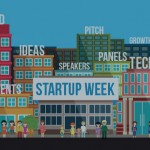 Spotlight on GrowSD: The Highs (and Lows) of Legal Weed
Scroll to top