SO, What’s the first rule of Founder Fight Club?

As one of the most interactive events of the week, the Founder Fight Club gathers 12 pre-selected startups and sends them through three rounds of pitches with one founder from each bout advancing. The hour-and-half long event is sponsored by SD Tech Founders and hosted by Jeremiah Gardner.

Jeremiah, an international keynote speaker, the author “The Lean Brand,” and Principal at Moves The Needle, has hosted these demos nights, panel and pitch competitions for years now. SD Tech Founders has been able to bring thousands of San Diego entrepreneurs together to learn, evolve their skills, and ultimately build community.

“I’m always excited to see founders talk about their work,” says Jeremiah. “More specifically, this event is really focused on building the skill of talking about your startup in a succinct, impactful way and understanding how that impacts an audience with direct feedback. I’m always excited to see how founders adapt, iterate, and improve based on the feedback they get from the audience.”

Getting up in front of a group of people can always be a nerve-racking experience. If you couple that with talking about a product or idea you’ve labored over, it can be a very vulnerable time. But it is something founders need to do.

Adelia L. Carrillo, CEO at Direct Cannabis Network, says she feels a mixture of different emotions from being excited, nervous, confident and anxious all at once. She explains she’s always practicing. “I practice when I’m driving, I practice in the shower, I practice with my team and fiancé,” says Adelia. “I bet my fiancé and team knows our pitch just as well.”

The pitches are judged by the audience members, who watch the founders go through three types of matches. The first round is a 30-second pitch, while the second round is rapid fire questions from judges. The final reaming founders are forced to pitch with just one word. Yeah… you better make that count!

Chris Memmott, Founder and CEO at Vault RMS, loves pitching at these events. “I was an amateur boxer when I was younger,” says Chris. “Pitching on stage gives the same adrenaline rush as being in the ring in front of a room full of people.”

His company is created the Vault Exposure Tracker, a device that crucial to get firefighters benefits when they get cancer. He and his team prepare by writing three to five words on a whiteboard. He doesn’t rehearse the pitch per say. “I decide what areas are critical to hitting on and I make sure to talk to those points,” says Chris.

Daniel Wang, CEO at Factory Method, is anxious to see how people react to their two new products: Zing Locator and Zing.

“We have a lot to talk about,” says Daniel. “The most difficult part will be the time constraint. We are lucky that our product is visual so we’ll have visual aids. I’m also using the PitchPal app, created by another SD entrepreneur Dan Carr, to help me practice and manage the time.”

SD Tech Founders, which began in May 2010, is a community startup organization for local startup entrepreneurs. With over 3,000 members, the group’s community-organized events include demo nights, the popular Founder Fight Club, world-class speakers, and workshops.

If you are interested in attending, be sure to star it on the SDSW app, and stop by WeWork right at 8:00 PM. The event is scheduled to last an hour-and-half and promises to be pretty thrilling. But hey …

The Wildest Night of the Week: San Diego Startup Crawl 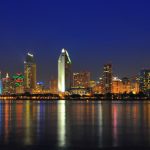 Winners of the Week 2017
Scroll to top