A Conversation with Scot Chisholm

What does a successful startup in San Diego look like? As one of the more prominent examples of success in our community, one would be hard to miss Classy and its CEO, Scot Chisholm.

Scot started his career as a consultant at Booz Allen Hamilton. In 2006, Scot and co-founder, Pat Walsh started Classy as an event fundraising platform for charities. The business and the software has since evolved. Scot and his team have been an integral part of Startup Week and Startup San Diego. He’s spoken on numerous occasions and has hosted events at their downtown office.

Classy has helped millions by supporting over 3,000 organizations across 300,000 individual campaigns. The platform has collectively helped raise over $500 million for its charity users. Classy, itself, has raised $53 million in capital from investors such as Salesforce Ventures, Mithril, Bullpen Capital, and JMI Equity.

Scot: SDSW provides a unique opportunity for anyone looking to start their own business in San Diego or even join one of the already-existing startups. The panels, the crawl, all the events – provide an insider’s glimpse into the startup landscape which you can’t always get during an interview process or a conversation at a standard networking event. The event ultimately exposes budding entrepreneurs what it’s like to embark on a startup journey in San Diego, or what it could be like to work at one of those startups if you’re looking for a new opportunity. For Classy, it’s helped us get our name out there in the local community and grow our team!

How have you seen San Diego’s startup community transform since you started Classy back in 2006?

Classy started as a pub crawl up Garnet Avenue in Pacific Beach to raise money for cancer research – a very non-traditional startup path that didn’t exactly attract a lot of interest or investors at first. Although San Diego’s startup ecosystem was far less developed 5-10 years ago, we were still able to leverage the Connect Springboard program and the local investor community to get us going, which we will be forever grateful for.

Since then, the community has taken off. It has grown from a couple of dozen tech startups to hundreds. The addition of critical ingredients like additional incubators, such as EvoNexus, increased PR through San Diego Startup Week, leadership from San Diego Venture Group, financing by JMI, Silicon Valley Bank, etc., and success stories by the likes of Service Now have made San Diego stronger. All of these things are critically important to building the foundation for lasting success, and I couldn’t be more excited about where things are headed in the next ten years and so on.

Some people outside of San Diego might have the perception that San Diego is just a sleepy, surfy beach town. What happens when you talk with people — both in the nonprofit and tech sector — about being passionate about transforming the nonprofit sector and building a company that’s from San Diego?

As I mentioned, Classy started as a pub crawl fundraiser right here in PB, and our name derives from the movie Anchorman because the movie happened to be on in our apartment the day we were planning the crawl. So, Classy is straight down the fairway when it comes to fitting into those San Diego stereotypes. In reality though, what we’ve found is quite the opposite, now having grown the company from 2 people to 200 entirely in San Diego over the last 5 to 10 years.

While there is more attention to work-life-balance in San Diego, I think, there is no lack of hustle. The town attracts people from every city in America, so you end up with an impressive melting pot of diverse views, experiences, and talent to pull from. This may have been our most pleasant surprise over the years. I wrote a Quora post on why your startup shouldn’t move to Silicon Valley a while back that goes into even more detail.

As far as the nonprofit sector, we’re fresh off the heels of our 7th Annual Classy Awards, which has essentially become the Oscars for Philanthropy, recognizing innovation in the social space. If the list of winners this year is any indication, innovation can come from all over, regardless of where your organization is located. I find the notion that “innovation” resides in only one area of the country (not to be named here) kind of silly, and just not true.

How can San Diego improve to be more conducive to the growing tech community, and how have you and Classy worked to overcome those obstacles to growth?

The most obvious is access to capital, as it was very difficult to raise significant funding locally. In fact, outside of a few smaller angel investors, most of our first $18M raised was from firms outside of San Diego. Once we realized that it would be challenging to raise early venture in San Diego, we forced ourselves to travel to the Bay Area, New York and other places to pitch. It was tiring and expensive, but it was necessary.

Since those days, the investor ecosystem in San Diego has improved quite a bit though, and firms from outside San Diego are targeting startups here instead of traveling to get their attention. This is all good news. Our financing story came full circle too, as we were lucky enough to partner up with a fantastic San Diego-based growth equity firm, JMI, for our $30M Series C.

We founded the Collaborative & Classy Awards in San Diego, our annual conference and social impact awards show, and ran it here for several years before deciding to spice it up a bit and move it to the east coast. The main reason was the high concentration of nonprofits and social enterprises between New York and DC, so we wanted to position the event in a location that was as convenient as possible. Additionally, Boston is already a hotbed for social innovation – both in technology and combating the toughest social issues – so we felt it was a great place to bring the event and convene the best-of-the-best in the industry. We’re committed to three years there and then we’ll decide to either bring it back to San Diego or try out another city.

What’s the biggest lesson learned over the last year in regards to Classy?

One of the biggest lessons I’ve learned – and am still learning – is how to effectively scale our culture at 100, then 150, then 200+ people. It’s entirely possible. It just takes a deliberate effort to continuously reinforce our core purpose — mission, values, vision — in new ways and empower others to make it their own and carry the torch. The key is realizing that culture is a living, evolving thing. It’s perfectly okay that our culture will never be the same as it was when it was just 15 of us… in fact, if we are smart about harnessing and scaling the ingredients that made it awesome back then, then the culture can get better and better over time. 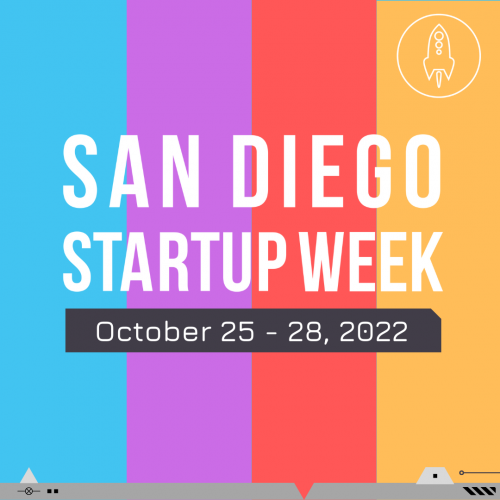 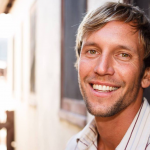